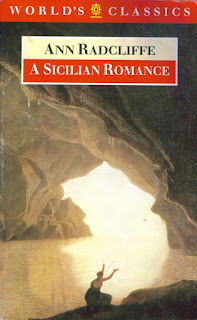 The count and Julia attempt to elope, the count dies in the process, Julia is locked up and informed she will marry a duke and then escapes. Much excitement ensues before the good end happily and the bad unhappily. You will need to read it for yourself in order to find out exactly what exciting events occur and how precisely they resolve themselves.
The image in this post is of the cover of the Oxford Univerisity Press’s 1993 World Classics edition of the novel.
A Sicilian RomanceGothic Novels

I am the footer call-to-action block, here you can add some relevant/important information about your company or product. I can be disabled in the Customizer.
Get In Touch
Copyright Your Business LLC. 2023 - All Rights Reserved
Back To Top