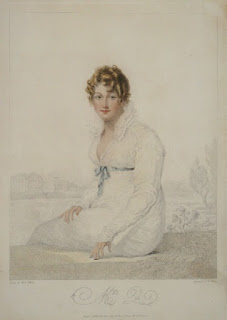 Jane Bennet is the eldest Bennet daughter; she is kind, considerate, intelligent, beautiful, good with children, and, apparently, each parent’s second favorite.

Age: 22-23. In the second week of May, Lydia remarks that Jane is “almost three and twenty.”

Spouse: Mr. Charles Bingley (at end of novel), they were married at some point between October and Christmas.

Primary Residence: Longbourn (beginning of novel), Netherfield (immediately after marriage to Charles Bingley), an estate in a county neighboring Derbyshire, within 30 miles of Pemberley (approximately one year after marriage)

Physical Characteristics: Jane is the most beautiful of the Bennet daughters and the most beautiful woman in the local Meryton neighborhood. She is however not as light and not as in the habit of running as her younger sister Elizabeth. By going out of the novel’s text, we can find that on May 24, 1813 Jane Austen wrote that she had recently attended a portrait exhibition where she had seen Mrs. Bingley’s picture and that “there never was a greater likeness.” A portrait of Mrs. Quentin by <

Jean François-Marie Huet-Villiers (shown in this blog entry) has been identified as the most likely portrait of Mrs. Bingley.

Personality Characteristics: Jane Bennet sees the world through rose colored glasses. She sees the best in everybody and to assume that everyone is acting out of the best motives. Even after the evil Wickham elopes with her youngest sister, she assumes that it was done out of love and with every intention of getting married. The novel does give her some unhappy wake up calls when she is forced to recognize that certain people do not always act out of the best possible motives. There is more to Jane than eternal optimism however, she is also an intelligent young woman who is kind and generous and excellent with children. She also feels things deeply even if she does not make a habit of expressing her feelings for all the world to see.

What to call her:

John Thorpe is the selfish and boastful older brother of Isabella Thorpe who, in part…

General Tilney is the villain of Northanger Abbey and the father of the hero, Henry…

I am the footer call-to-action block, here you can add some relevant/important information about your company or product. I can be disabled in the Customizer.
Get In Touch
Copyright Your Business LLC. 2023 - All Rights Reserved
Back To Top